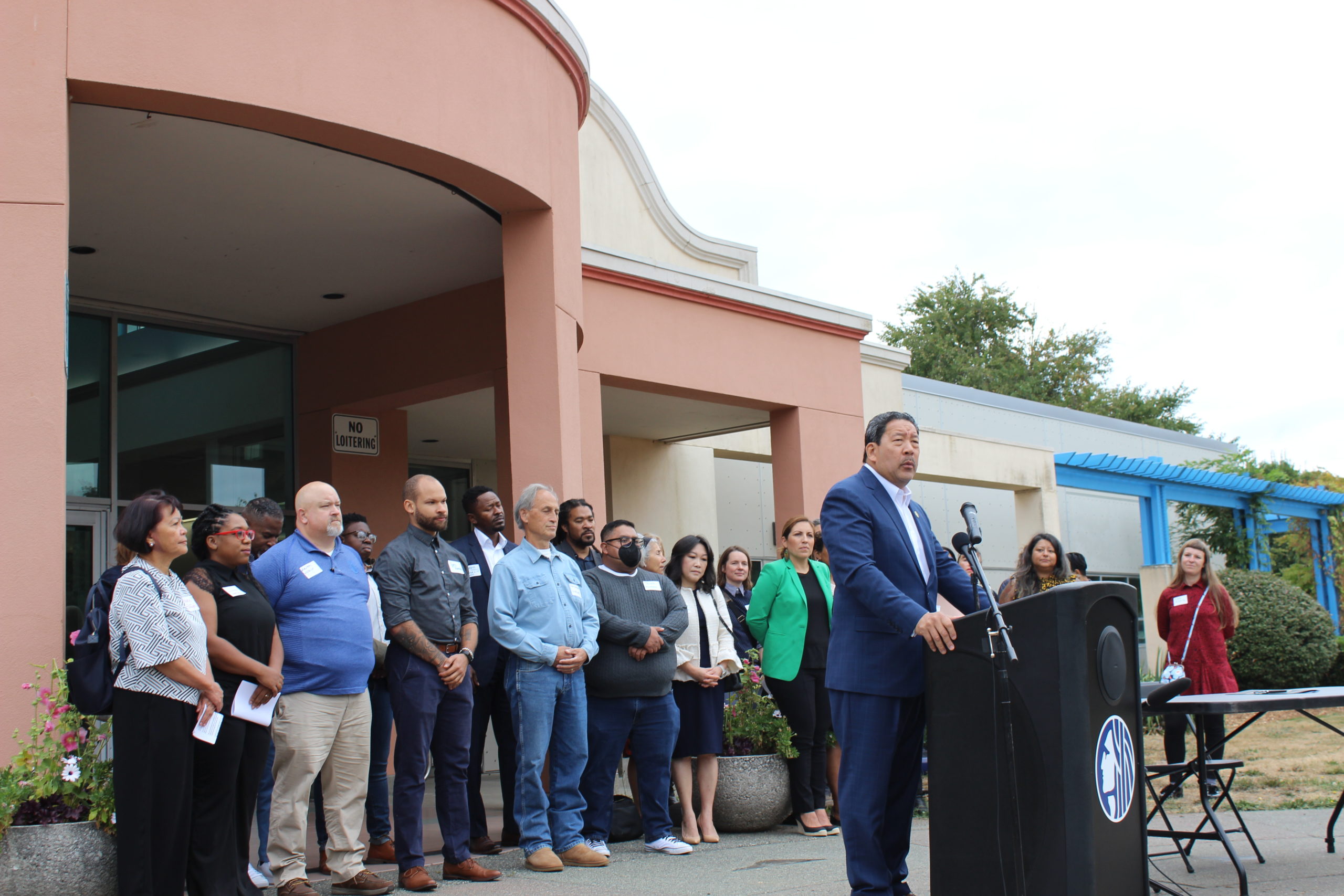 These investments are the first set recommended by the City’s Green New Deal Oversight Board of 19 community representatives, established by Ordinance 125926 through the Jumpstart payroll expense tax legislation passed in 2020. The Oversight Board also provided recommendations for the Mayor’s proposed 2023 budget, which will include $2.6 million in rebates and incentives to help middle-and-low-income residents transition off oil to clean electric heat pumps. With these investments, Seattle is on the path to transition all oil heating furnaces to clean electric heat pumps. An expanded list of the Mayor’s Green New Deal investments is included below. Mayor Harrell’s full budget will be announced next week.

“For the past few days Seattle has been blanketed with smoke-filled skies and choking air quality, with areas of the city like here in the Duwamish Valley, where the life expectancy is eight years shorter than the Seattle average, especially hard hit,” said Mayor Harrell. “During times of increasingly severe climate events like these, it’s critical that everyone have access to clean, filtered air and cooling. I am proud to sign today $6.5 million in the Green New Deal Opportunity Fund and look forward to advancing further action in our 2023 proposed budget. I thank the Oversight Board, City staff, and community members, who have worked together to develop this and future sets of strategic and community-driven Green New Deal investments.”

Investments for the $6.5 Million Green New Deal Opportunity Fund include:

These investments and the 2023 budget will drive urgent action through Mayor Harrell’s One Seattle Climate Justice Agenda, centered on efforts and investments to build a green economy and create good jobs, ensure a just transition off fossil fuels, and build community resilience to meet the scale of the climate crisis – leaving no one behind.

WHAT PEOPLE ARE SAYING:

“Today’s signing represents a crucial step towards fulfilling the JumpStart Seattle spending plan investments in our City’s climate resilience and in our City’s future. These investments represent a portion of the total $14.5m for 2022 and the near $20m for 2023 from JumpStart Seattle that is being directed from frontline and fenceline community representatives on the Green New Deal Oversight Board. As we continue to battle wildfire smoke and see climate impacts worldwide, we must make big, bold investments in forward-thinking, creative solutions to the extreme climate crisis that faces our communities; in particular vulnerable and historically marginalized communities. Thank you to the Green New Deal Oversight Board, staff at the Office of Sustainability and the Environment and the Mayor’s Office for your work towards investing in equitable climate resilience.”

Maria Batayola, Co-Chair of the Green New Deal Oversight Board

“At the Green New Deal Oversight Board, this is our first year gathering community priorities, consulting with City departments, and learning quickly to develop the 2022 budget recommendations. We are heartened and humbled to accelerate Seattle’s transition off fossil fuels and improve the resiliency of our impacted overburdened communities during this climate crisis. We are here today thanks to the hard work and dedication of environmental justice leaders from across Seattle’s neighborhoods, past and present. From community members to City staff and elected officials, Seattle’s commitment to justly address the climate crisis is evident in Seattle’s Green New Deal. Thank you.”

“Communities in Seattle—specially in places like the Duwamish Valley—need places to go and ways to connect to each other and services during times of climate emergencies. Resilience hubs are exciting community driven investments and we look forward to engaging with the City to pilot resilience hubs in the Duwamish Valley where community members are experiencing compounding impacts of sea-level rise, air pollution, and urban heat island effect.”

What is Hacking? The Hacker Methodology Explained

Save the Date: Pathway of Lights 2022 + Volunteer Opportunities – Parkways

Rescuers flock together to save 275 parrots stranded by Ian

Exploring the integration of local and scientific knowledge…

From Participation to Involvement in Urban Open Space…