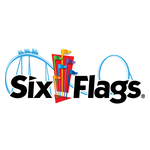 “This recognition is a testament to Six Flag’s leadership position in the industry for safety and innovation, which is the cornerstone of everything we do” said Selim Bassoul, President and CEO. “Jason’s work has directly led to Six Flags becoming the first theme park company to be accredited as Certified Autism Centers at all its properties, and to the development of a revolutionary new restraint harness that allows access to all our rides for guests with physical disabilities. While a visit to a theme park is already one of the safest forms of entertainment, we as a company spend our greatest amount of time, talent and resources to make an incredibly safe industry even safer.”

Mr. Freeman has been involved with IAAPA since 1988 and has participated in the IAAPA North America Safety, Global Safety, and Governance Relations Committees. He is currently the Global Chairman of the Security Committee of IAAPA, and received the 2021 IAAPA Meritorious Service Award. He has been elected to serve as a Facility Member Director of IAAPA from 2023-2025.

Jason Freeman was named Corporate Vice President of Operations, Public Safety, Engineering & Maintenance in September 2022. He previously served as Vice President of Public Safety, Risk Management of Six Flags since September January 2017. Mr. Freeman also oversees many Six Flags’ environmental initiatives. He began his career at Six Flags in 1984 as a seasonal employee and has held various management positions in Safety, Security, Operations and Administration at both the park and corporate levels of Six Flags beginning in 1988, including as Park President of Six Flags New England from 2010 until 2012. Mr. Freeman became a Certified Police Officer in 1988 from the Commonwealth of Massachusetts Criminal Justice Training Academy and was certified as an Emergency Medical Technician in 1985. Mr. Freeman also earned his national certification as an Americans with Disabilities Act Coordinator from the University of Missouri.

Six Flags Entertainment Corporation is the world’s largest regional theme park company with 27 parks across the United States, Mexico and Canada. For 61 years, Six Flags has entertained hundreds of millions of guests with world-class coasters, themed rides, thrilling waterparks and unique attractions. Six Flags is committed to creating an inclusive environment that fully embraces the diversity of our team members and guests. For more information, visit www.sixflags.com.