The Solemn Stillness Before Winter – Kunstler 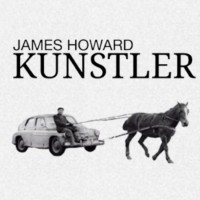 For your reading pleasure Mondays and Fridays

And thanks to all my Patrons for your support

Here in New England now, the landscape is putting itself to bed, preparing for winter’s long sleep. The grass in the cow pastures never looks greener than in contrast to the barren trees, but that lingering color, too, will soon fade. We did not get smacked here by the deep snows of far-off Buffalo, not a flake, so a sweetly solemn stillness settles over these tender hills as we give vague thanks at Thursday’s gala of gluttony, certain to induce terrors of indigestion in the restless night to come.

I am thankful to still be here after all these years — more than that, grateful! And with the prospect of seeing what comes next: the beginning of a great correction for a country gone off the rails in greed, bad faith, and treachery. Everything rooted in lies and fakery is primed to blow down in the political storms ahead.

It’s fitting that the last straw on this beast’s back was the phoniest scam of all, and saturated with every known sort of millennial Woke posturing: the FTX swindle. Its avatar, Sam Bankman-Fried (SBF), proved to be a special species of villain, the idiot-savant slob, clever enough to somehow winkle a physics degree out of the Massachusetts Institute of Technology, but not very good with the basic math of money — for instance, the equation that margin must equal collateral — and really really bad at covering his oafish tracks.

In the dramatic demise of FTX, the self-styled crypto-currency-exchange, all the nefarious connections between the great ills of our time stand out starkly in a sudden, glaring light, namely: the dubious Covid-19 pandemic and all the punitive measures cooked up by officialdom, with help from FTX’s money, to supposedly combat the virus, especially the deadly mRNA “vaccines” still being pushed on a credulous public; the sinister operations of so-called hedge funds and their role in magically levitating the financial markets of an economy foundering on necrotizing malinvestments and debt that can never be paid; and the Satanic endeavors of a political faction, the Democratic Party of Chaos, in subverting every institution from sea to shining sea from schools, to courts, to elections while shoving the US into a land war in Europe.

A few weeks after the FTX breakdown, and the extrinsic cascading failures around the crypto-currency netherworld, spreading wildly through pension funds, banks, and insurance companies, the great stillness of November also blankets the regulatory apparatus supposedly guarding the public from financial fraud — most conspicuously the head of the Securities and Exchange Commission, Gary Gensler, a Dutch uncle in the Bankman-Fried extended clan.

The FBI is too busy chasing down evangelicals and Attorney General Merrick Garland remains fixated on nailing former president Trump on any kind of confected felony, despite six years of fervent investigations from the US Attorney’s Southern District of New York, to New York’s AG Letitia James — who ran for office promising to persecute citizen D.J. Trump — to Robert Mueller’s two-year intimidation campaign that came up with exactly nothing.

Now Mr. Garland has activated one particular federal attorney, Jack Smith, with a long record as a partisan attack dog, as special counsel to finally get the job done against Mr. Trump, the proverbial indictment-worthy ham sandwich awaiting a DC District grand jury. Any cockamamie charge will do as long as it’s a felony. Mr. Garland’s strategy is two-fold: 1) to negate Mr. Trump’s remaining political career; and 2) set up a situation that will permit all DOJ attorneys and FBI officers to demur from questioning before Republican majority congressional committees about everything-under-the-sun on the grounds that the questions are germane to “ongoing investigations” that can’t be compromised. That’s the game.

By the time that game kicks-off, early January 2023, the country is liable to be punch-drunk and stumbling from a financial market crash that signals the start of an economic depression more consequential than the calamity of the 1930s. Meanwhile, Russia’s cleanup of the US-instigated mess in Ukraine will be nearly complete, to the ignominy of “Joe Biden,” at the same time that the putative president’s crimes of bribery and treason — should he still be among the living — get aired in Congress without any help required from Mr. Garland’s Justice Department — the evidence from Hunter’s laptop having already been well-perused and catalogued by an army of outside independent investigators. FTX will be in that mix somewhere.

This shakeout will all occur against the background of the now-unraveled Covid-19 story. By early 2023 the evidence of excess all-causes deaths and disabilities resulting from Pfizer and Moderna shots will be overwhelming and the nation will know it got played by a scheme between the corrupt public health authorities, the pharma companies, and the corporate medical establishment, including its discredited journals. Nobody in America will ever trust a doctor again.

We’ll also probably know a good deal more about the dark and dirty deeds around the 2022 midterm election as the FTX scandal spools out and the probably hundreds of millions of FTX investors’ dollars that were express-delivered into Democratic Party coffers for ballot harvesting operations are revealed, along with the exact methods used to accomplish the mega-fraud.

So, enjoy the still moments of this Thanksgiving before the cacophony of mid-winter commences to roar and rage across this hapless land. Say a prayer for the heroes-in-waiting aiming to rescue the republic from the depredations of the vicious Woke-Jacobin Left. And, along with your other preps, lay in some sodium bicarbonate for the awful heartburn to follow.

This blog is sponsored this week by Vaulted, an online mobile web app for investing in allocated and deliverable physical gold. To learn more visit:Kunstler.com/vaulted

New Paintings from the 2021 Season The Jeff Greenaway series of novellas. These rollicking, short books depict the misadventures of an eleven-year-old boy growing up in New York City in the early 1960s

Other Books by JHK
The World Made By Hand Series:

The Influence of Subjective Socioeconomic Status on Life Satisfaction: The Chain Mediating Role of Social Equity and Social Trust

Trust, polarisation and the need for change? A look back at Aspen UK’s year-long…

UnitedLex Named to Inc.’s 2022 Best in Business List for…

Public Papers of the Presidents of the United States…