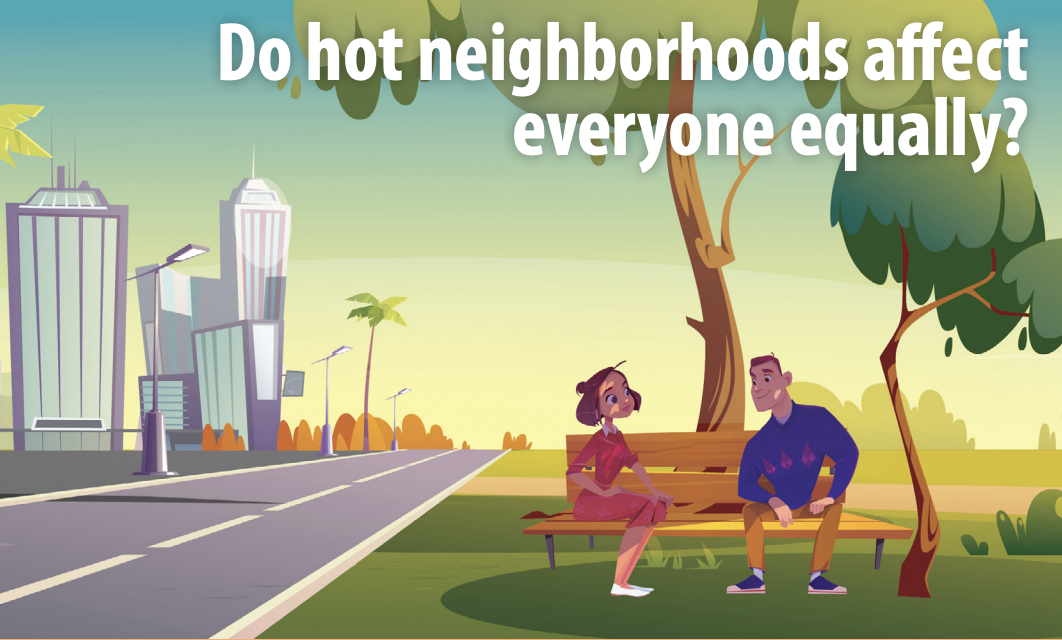 The Data-Driven EnviroLab’s study investigating the disproportionate impacts of the Urban Heat Island Effect in major U.S. cities has been adapted for young people by the Science Journal for Kids and Teens!

The UHI effect is a phenomenon where cities or urban areas experience much hotter temperatures than nearby rural areas. This is because impervious surfaces, like roads and buildings, absorb and re-emit more heat than natural surfaces, like grass and trees. Having a lot of people and cars concentrated in an area can generate heat, too. And as climate change increases the likelihood of heatwaves, the UHI effect is being worsened.

Published in the Science Journal for Kids and Teens, the adapted research aims to help young people understand how urban heat disproportionately impacts some communities based on race and income. It also allows them to explore questions like, how might someone’s income level change how they are affected by a heat wave? Or, what are the positive and negative consequences of adding parks and trees to an area?

Check it out here! https://sciencejournalforkids.org/articles/do-hot-neighborhoods-affect-everyone-equally/

/RESPAWN: Future of Web3 Gaming, an Open-Access Virtual Summit on February 8 Presented by the Tezos Ecosystem

The Situation in the Middle East – Security Council,…